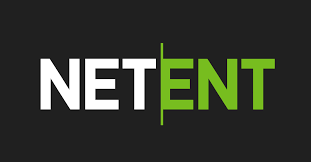 B2B live casino solutions provider Evolution Group reasserted last month that “America is an absolute priority market.” This stance was reflected by the scale of NetEnt’s first-day presence in the state of Michigan.

Evolution’s entry to the Great Lakes state was made as the region’s online gaming and sports betting market launched on January 22, 2021. Other igaming operators such as BetMGM, BetRivers, DraftKings, FanDuel, TwinSpires, Golden Nugget, WynnBet, and William Hill will be displaying online casino titles from the iGaming supplier.

In addition to this, it was also suggested that NetEnt, which has been live in New Jersey (2015), Pennsylvania (2019), and West Virginia (2020), are poised to include more operators in all US markets during the year, apart from boasting a roadmap of high-profile game launches.

Jeff Millar, commercial director of North America at Evolution, said that the US has become NetEnt’s primary market when it comes to commercial revenues.

“This has been driven by the momentum of new states opening; by the time they go live we have already spent many months—and often years—planning for that first day of trading. Clearly, a populous state like Michigan is going to make it a priority.

“With approximately ten million residents, an established land-gaming operator infrastructure and player base, there’s a large potential audience that can be reached quickly. Additionally, Michigan has fair tax rates and license fees, a well-established and respected regulatory environment, and the opportunity to work both commercial and tribal operators,” he added.