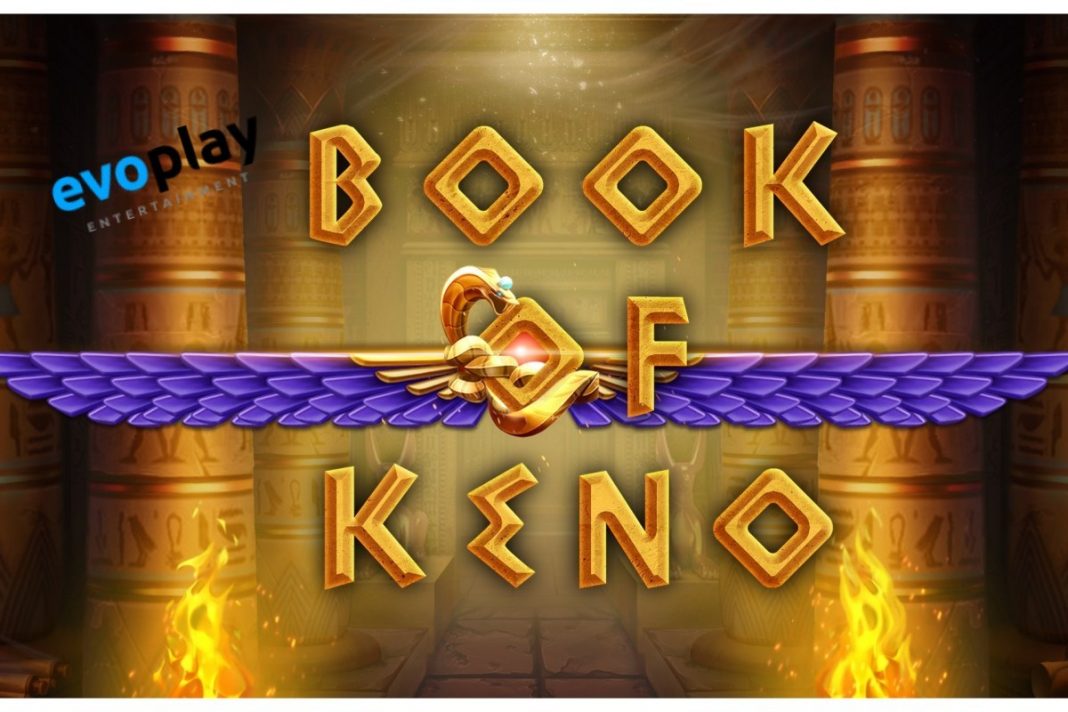 Game development studio Evoplay Entertainment has improved a tried and tested fan favorite in its recent release, Book of Keno.

By adding an exciting twist on a time-honored classic game Keno, players will surely love this! Players with a thirst for adventure are urged to choose one of the ten numbers shown on the mysterious Book of Keno, with rewards granted each time they make a correct match.

Using Ancient Egyptian-themed symbols, a vibrant soundtrack and the suppliers new Spinential Game Engine, the Book of Keno provides winning players with the keys to open a treasure trove fit for a King, or in this case a Pharoah.

The Book of Keno tops a series of highly engaging games the supplier has recently released, including popular titles such as Racooon Tales and Forest Dreams, as well as the recent hit, Jolly Treasures.

“We’ve created an enthralling new version of the beloved classic Keno in our latest immersive release, Book of Keno. Taking the fan favorite to a whole new level with stunning animations and an intriguing theme, we can’t wait to introduce it to players,” Ivan Kravchuk, CEO at Evoplay Entertainment, said.

“A stellar addition to Evoplay Entertainment’s diverse portfolio, the title features our Spinential game engine, which is designed to elevate the player experience with accelerated loading and download speeds as well as innovatively enhanced gameplay,” he added.