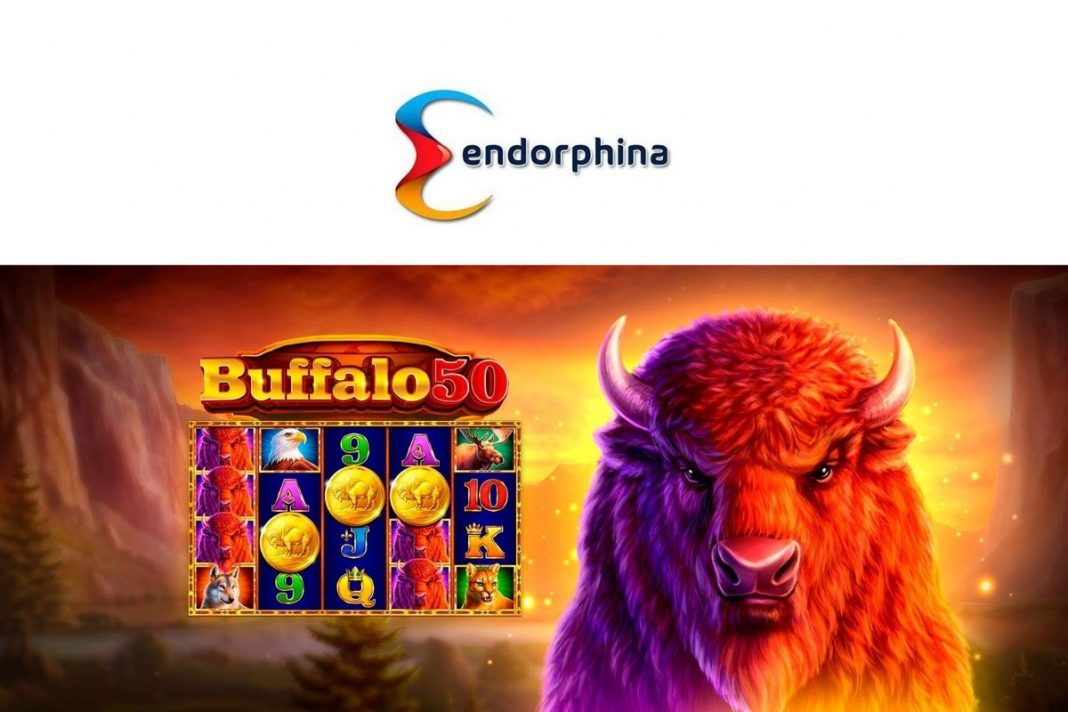 Endorphina’s new game Buffalo 50 features the American bison which used to roam the plains in the middle of North America.

However, these buffalos are not the only things that players can see or meet in the game. If you explore a bit deeper, you will be able to meet the proud eagles, noble wolves, and very fast cougars.

Endoprhina’s new game takes inspiration from the uniquely clear and fiery sky of the Yosemite Valley. It’s not just a valley—it is a shrine to human foresight. It’s commendable for Endorphina to use such a beautiful piece of American wildlife for inspiration in this new adventure-filled slot game.

Buffalo 50 is a 5-reel, 4-row, 50-payline slot. It also comes with a stacked wilds and free spins feature. The North American Buffalo symbolizes courage and stability—a combination that players look for in a game.

As usual, players have the chance to double up their win by up to 10 times. This is because Buffalo 50 also comes with a classic Risk Game. The classic feature, that comes in every Endorphina game, never fails to disappoint.

“The plains and the animals which inhabit it has been an inspiration for all sorts of artists for a very long time. Our talented team could not miss the chance to bring together the magnificent scenery and heartening atmosphere of this place. Bufallo 50 has already been pre-released for a limited number of operators. The pre-release is a great advantage for the casinos since Endorphina’s fans can come and experience the new game a week before the actual release. The game has already proven itself to be a fabulous addition for the casinos and players,” Gretta Kochkonyan, Endorphina’s Head of Account Management, said.