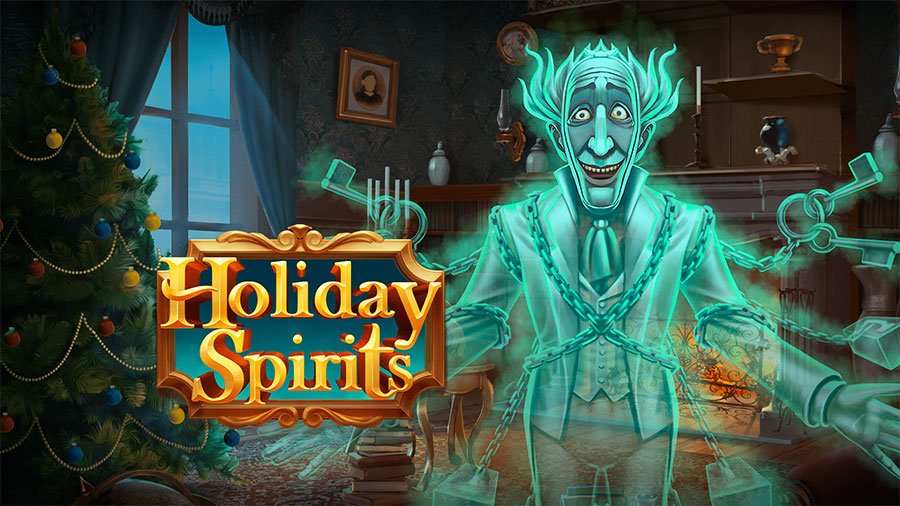 It will be Christmas in a few weeks and slot game supplier Play’n Go is set to release a fun and festive slot celebrate the holiday season—Holiday Spirit.

Holiday Spirit is a 3-reel slot based on Charles Dickens’ novel ‘A Christmas Carol.’ This game features several characters from the book, particularly Ebenezer Scrooge and the ghosts of Christmas past, present and future. These characters will use their time-travelling powers to help players collect winnings.

Holiday Spirit will mark Play’n GO’s 42nd release this year, bringing them close to the home stretch of the 52 games they promised players for 2020. The supplier is not only keeping true to their promise, but they’ve also released more games than ever without compromising on quality. Some of their early releases this year such as Legacy of Dead, Rich Wilde and the Shield of Athena, and Reactoonz 2 were all released to great acclaim over the course of the year.

It looks like Holiday Spirit, a narrative-driven adventure game, is going to be another hit from Play’n GO.

Aside from the fact that it’s based off ‘A Christmas Carol,’ each part of the game reflects the story. It uses Jacob Marley as one of the symbols to using Scrooge’s clock as a basis for a multiplier feature. The theme is not just a gimmick but runs all throughout the game.

With 2020 coming to a close, Play’n GO have stayed true to their promise and delivered a wealth of entertainment to operators around the world, without compromising the quality.