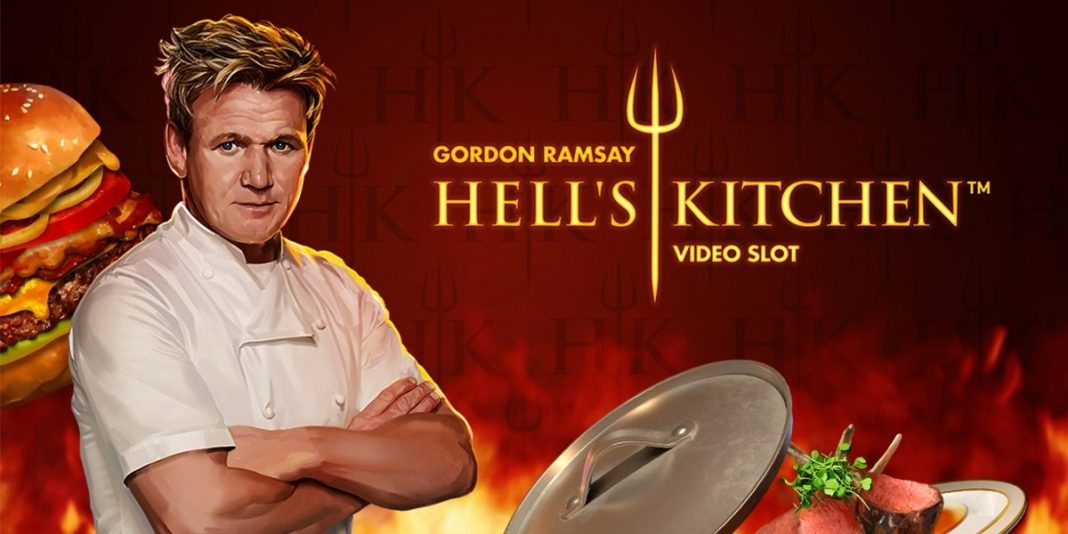 Gordon Ramsay is one of the world’s most prolific chefs—he has operated numerous successful restaurants around the globe, accumulating 16 Michelin stars. He has risen into the culinary world and became a household name in the UK thanks to shows like Hell’s Kitchen, the reality TV show on which this 5-reel, 3-row video slot is based on.

Hell’s Kitchen™ video slot is sure to whet the appetite of Gordon Ramsay’s fans as it perfectly serves up the series’ emotionally-charged atmosphere. It features flying knives, pots and plates in Ramsay’s Wilds feature, where seven Wilds symbols are randomly put on the reels in the main game.

Players choose between the blue or red team, and if their team wins, they proceed to Gordon’s Bonus Game, where they can find Multipliers and random prizes worth five times the bet hidden behind Gordon Ramsay’s Hell’s Kitchen™ video slot menus.

“This is a genuinely fun game that is rich with bonus features that are not found in any other slot. We pride ourselves on bringing new playing mechanics to the industry. The team did an amazing job with this game and they did a brilliant job capturing the essence of Chef Ramsay and Hell’s Kitchen. I’m sure players are going to love it,” Todd Haushalter, Evolution’s Chief Product Officer, said.