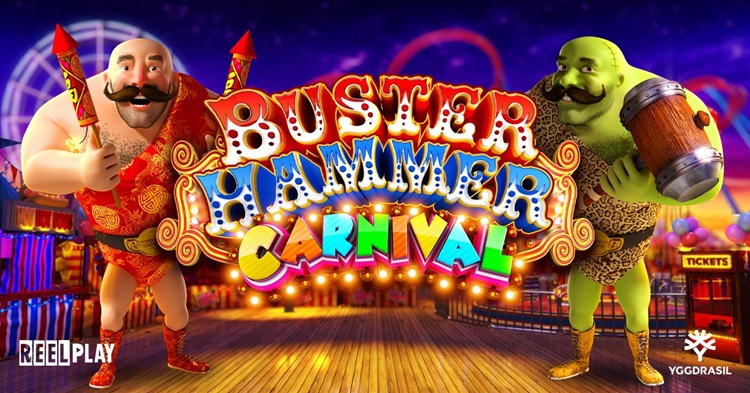 Spring is just around the corner and igaming operator Yggdrasil has just rolled out one of the season’s most awaited slot release, Buster Hammer Carnival, together with its YG Masters partner studio ReelPlay.

This new slot release is ReelPlay’s fifth online slot published through the YG Masters program, after El Dorado Infinity Reels, released by Yggdrasil at the top of the month.

Buster Hammer Carnival features 3,125 ways to win, a 5×5 reel base game layout, and opportunities for expansion during its ‘Mighty Free Spins’ bonus to a 5×8 grid. Its bright and lively carnival serves as the backdrop for the new title developed using Yggdrasil’s GATI technology. Through GATI, ReelPlay is able to create consistent “cutting-edge” content and deploy its creations around the world faster.

Buster, the star of the game, is an animated carnival strongman. He bides his time standing next to the reels, making preparations to test his strength by pounding the High Striker every time a Wild Hammer shows up. The Wild Hammer and the Gold Wild Hammer are both substitute for all symbols, including 9-A card values, three bullseyes, a hotdog with ketchup and mustard in a bun, a couple of carnival tickets, except the Scatter. Players can trigger the Wild Striker Feature if one or more Wild Hammer symbols appear in a win.

The Gold Wild Hammer can appear on each reel, but only shows up during the Wild Striker feature. The number of wins depend on how much effort Buster puts into his strikes.

Players trigger the Mighty Free Spins bonus round by landing at least three scatters. When this happens, the big top’s canopy expands to give room to the extended reels, opening huge win potentials of up to 32,768 ways.