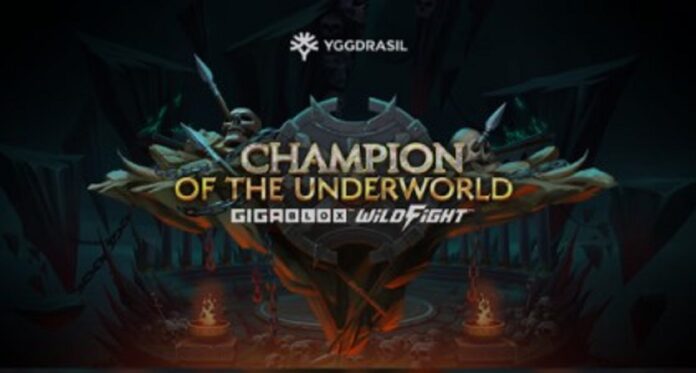 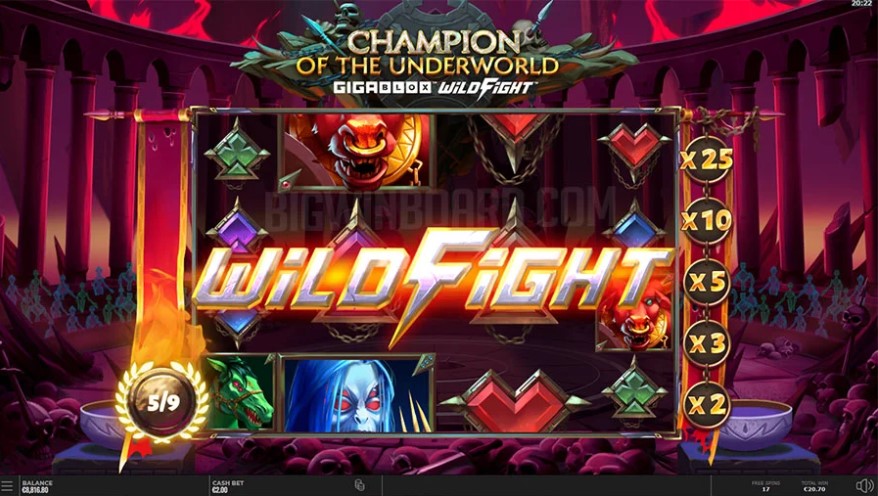 An arena-style area has been built for competitors to duke it out and find a winner in this underworld to define a champion. The active gaming panel is in the center, surrounded by a crowd of ghostly onlookers sitting on seats beneath columns, what appear to be turquoise flames, and piles of skulls littering the screen. It is visually similar to Hades Gigablox, and there are some creepy elements, but it lacks the visceral impact of Hades Gigablox – remember the snake/skull monstrosity draped around the reels or the ghoulish symbols? Shudder, hashtag. The music, on the other hand, is pretty ‘core.

As we progress through Champion of the Underworld, we come across a math model that Yggdrasil Gaming has labeled as ‘Super High’ in terms of volatility. The game has a variety of RTP models, with the highest being 96% and the lowest being 86%, depending on the market. Starting in this match-up requires selecting a stake of 20 p/c to £/€100 per spin, and it is available on any device.

Wins occur when at least three matching symbols land left to right on adjacent reels from the first reel on a 6×4, 4,096 ways to win matrix. On each spin, the reels merge to form larger-than-normal Gigablox symbols ranging in size from 2×2 to 4×4. Gigablox are broken down into individual 1×1 symbols for win evaluations. The game employs eight pay symbols. Four are chain-laden clubs, diamonds, spades, and hearts, followed by four creatures presumably competing for the title of champion. Six-of-a-kind wins pay 0.5x the bet for card suits and 1-2x the bet for monsters. Finally, skull symbols are wild and can be substituted for any symbol, high or low paying.

Champion of the Underworld: Slot Features
Accompanying players on their trip to the underworld are features such as Wild Fight and free spins with a stake minigame and progressive multiplier.

Free Spins
Free spins scatters can land in normal size or as Gigablox. When at least 5 scatters are in view, free spins are activated. Each triggering free spin scatter is worth 1 free reel. When joining the bonus round, players have the chance to gamble for more free spins, as long as they have won less than 20. To gamble, you pick one sword out of a collection of ten swords. Drawing a golden sword is a win, whereas drawing a broken sword is a loss. There are two gamble levels, and losing a gamble forfeits all free spins. 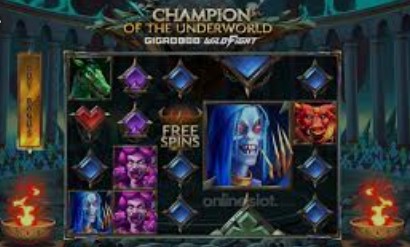 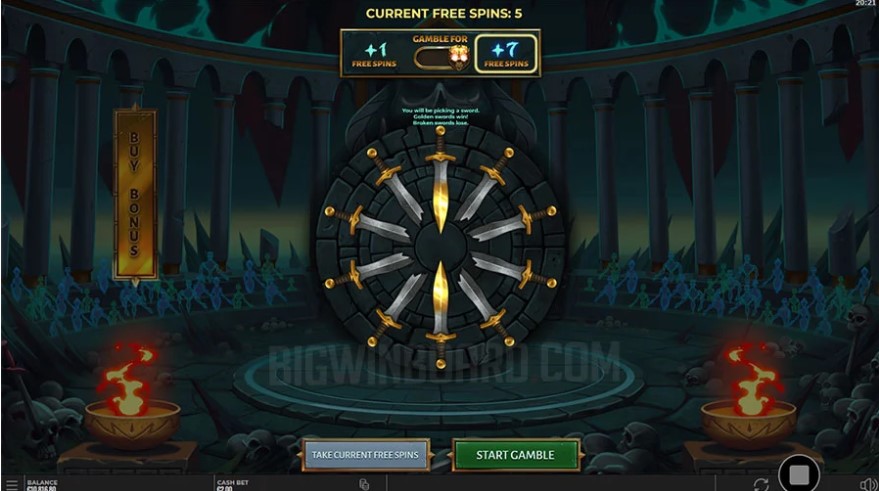