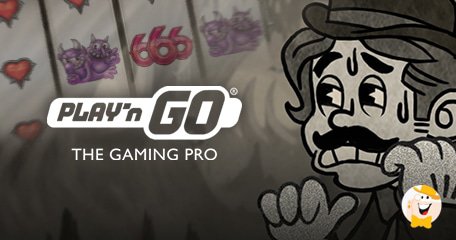 Leading online slot developer Play’n GO has just released the sequel to the popular Charlie Chance game in Charlie Chance: Hell to Pay. The new update lets players enjoy Charlie Chance, a high-powered payways title featuring a unique retro style and theme. In the game, Charlie has been invited to get rich by a strange woman, and there is no way for him to say no. Unfortunately for Charlie, he has to stay in Hell and take on the Devil face-to-face.

About Charlie Chance: Hell to Pay

Once you load Charlie Chance, you will face with the popular character the she-Devil on the reels. The game’s background is reminiscent of an old, 1940’s style cartoon, with the elements all in black and white. The characters and other symbols on the reels, on the other hand, are in color. The background remains animated whilst the reels spin, adding an element of fun to the game.

Charlie Chance: Hell to Pay comes with the XREELZ feature, which gives the chance to win up to 2x, 3x, or 5x the bet in prizes. When a Wild is attached to a win, the XREELZ feature is automatically activated. The multiplier reel will pop up and spin. Then the multiplier is added to the wins that take place on that reel.

Three scatters yields 10 spins. You can win 2x, 3x, or 5x multiplier through XREELZ. When players earn four scatters on the reels, 10 spins are automatically provided plus 5x, 6x, and 8x multipliers with XREELZ. Five of the scatter symbols grant players with 10 spins and much larger multipliers of 8x, 9x, and 25x.

“We aim to provide as much entertainment to players as possible, from giving more titles for the to relish to innovating with new ways to play,” Charlotte Miliziano, Play’n GO Head of Games, said.

“Dynamic payways are another way to do this. Payways are a much-loved type of gaming, and we want to be able to create newer and better ways for players to enjoy payways sessions; that’s the endgame,” she added.