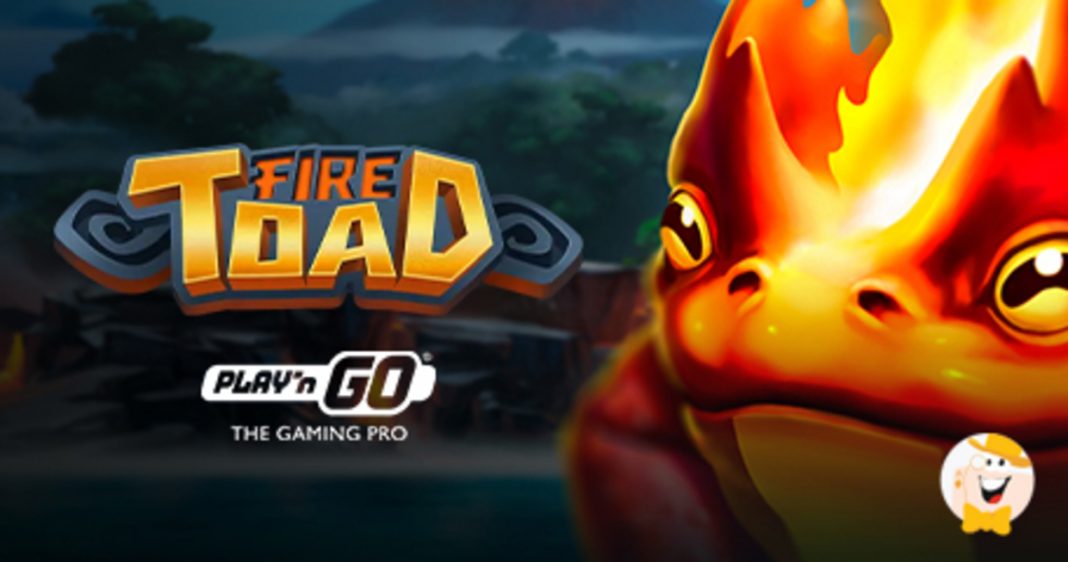 This 5×4 fantasy-themed payways slot is set in Hawaii and centers on the mythical Fire Toad, a rare creature that gets even more powerful as it grows, giving players bigger chances of winning.

“The game will greatly appeal to players who enjoy slots with a powerful symbol they can aim for; the brightness and imagination will also catch the eye of slot players looking for something a little different creatively to pique thei interest,” a statement from the company said.

Creativity is not something Play’n GO lacks either, with many of their unique games performing well in markets around the world. From games with innovative formats like Gold Volcano and Wildhound Derby, to one of their most successful Ips Reactoonz, the company is always willing to try something new, which lends to their success in this business.

Fire Toad is another example of Play’n GO’s creative efforts, with its unique visual style and distinctive design ideas. It has plenty in store in its gameplay that players will definitely enjoy. One of the main features allows symbols to upgrade into more powerful versions on the reels, with automatic upgrades in the free spins round.

“Creativity is a lifeblood of entertainment. Developing new ideas and introducing new concepts to players keeps them engaged and interested in what you’re going to do next. Allowing people to be creative also creates a more positive and productive atmosphere, and that leads to great results,” Johan Törnqvist, Play’n GO CEO, said.