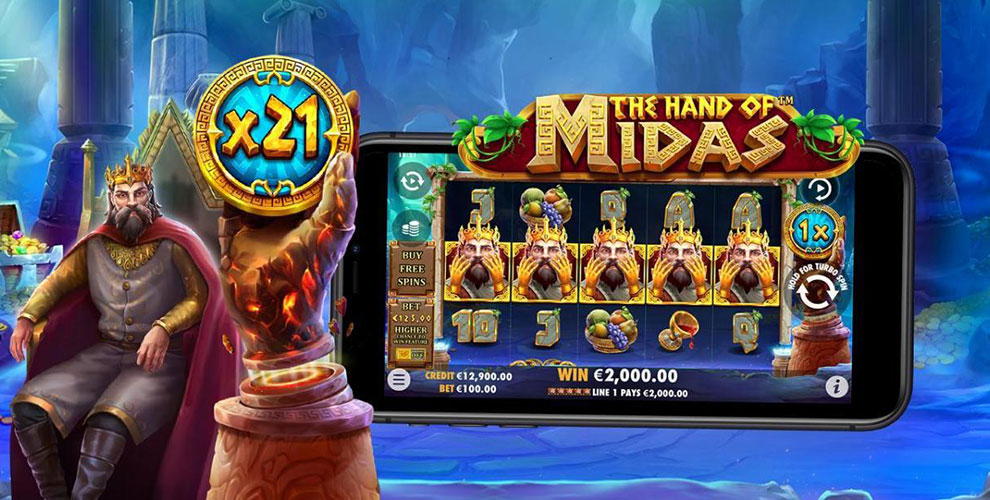 Leading iGaming content provider Pragmatic Play invites players back to the ancient world with its newest game on the market, The Hand of Midas.

This 5×3, highly volatile slot is played out in the shadow of a mystical ancient temple with gold-etched pillars and a captivating soundtrack that would appeal a lot of players.

The Free Spins mode is activated once three or more Scatters land on the reels, granting players with a random number of free spins. Wilds are sticky which can lead to huge wins during the Bonus Mode. Players also get extra consolation spins, owing to Midas’ generosity.

The Hand of Midas comes after the release of recent hits such as Madame Destiny Megaways™, Eye of the Storm, and Congo Cash, further enhancing Pragmatic Play’s impressive slot portfolio.

“The Hand of Midas takes players to the land of the greedy Greek character as they look to help relieve him of his wealth on the reels,” Yossi Barzely, Chief Business Development Officer at Pragmatic Play, said.

“Our exclusive portfolio of slot games continues to grow every month, and new titles such as The Hand of Midas allows us to reach even more players and create more engaging content for them,” he added.