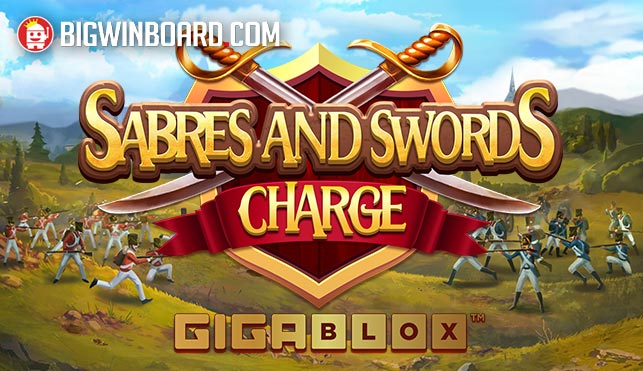 The game starts with a six-by-six reel surrounded by unique and impressive art and features Yggdrasil’s Game Engagement Mechanic Gigablox.

To activate the ‘Engage the Enemy Free Games’, players need to land five or more Scatter symbols, where they can survive the fight and acquire more symbols in order to unlock Extra Free Games, with spins and wins multiplied by the title’s Free Game Gigablox Multiplier.

Sabres and Swords Charge Gigablox promises to deliver excitement and huge potential, with players getting the chance for Gigablox falling on each spin. Blocks up to six-by-six in size can land but are then ‘broken down’ into individual 1×1 symbols to decide wins. The huge variety of reel and symbol configurations increase players anticipation to the game.

Sabres and Swords Gigablox is Dreamtech Gaming’s seventh title developed as a YG Masters partner, and the first to use the Gigablox mechanic. It is powered by Yggdrasil’s GATI technology, which allows partners to the development toolkit to come up with cutting-edge content consistently.

“Our GigaBlox mechanic has captivated audiences around the world, and this time players are able to go into battle with it in search of glory and huge wins,” Stuart McCarthy, Yggdrasil head of product and programs, said.

“Our YG Masters program continues to facilitate fantastic titles, and we’re very happy with our latest collaboration with Dreamtech Gaming,” he added.

“Our newest heroic title offers players a chance to engage in a thrilling combat where great rewards await and we are especially thrilled to utilize Yggdrasil’s fantastic Gigablox mechanic for the first time,” Kristian Hassall, Dreamtech Gaming Sales Director, said.

“The implementation of the GATI technology has been a catalyst for our ability to produce exciting content to an increasing number of players, and we can’t wai to see how fans react to Sabres and Swords Charge Gigablox,”  he added.