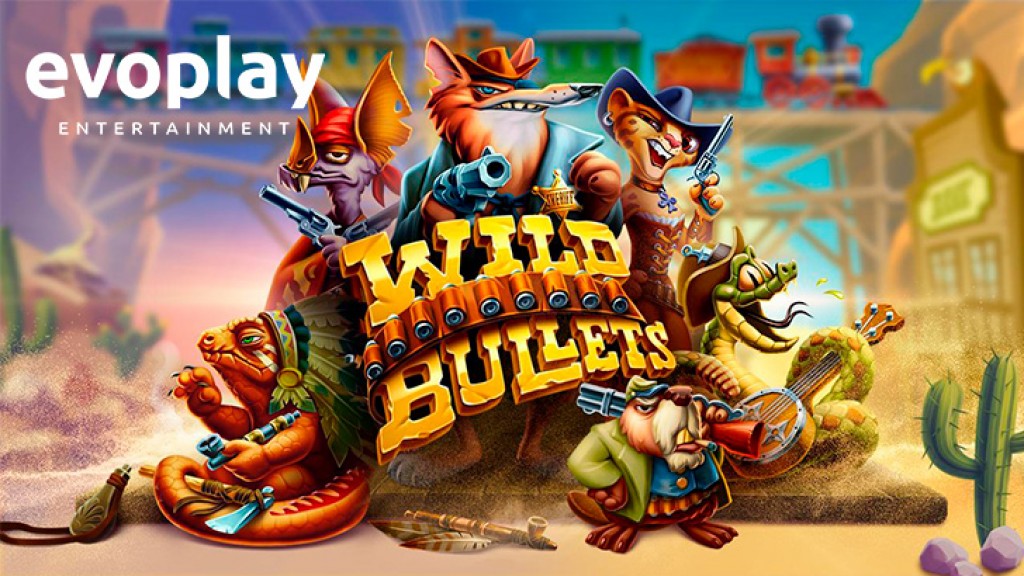 Set in the wild west, the game challenges gun-slinging players to an all-out action extravaganza featuring cowboys, train robbers and robberies, saddlebags filled with gold, and a chance for players to win up to x3800 in a Stetson-studded shoot-out.

The game follows a clever Sherriff’s secret mission to catch a Bandit and his lackeys on the run from the law. Bettors stand by for a showdown could claim up to x2 and x6 multipliers in the Gunfight Bonus game.

The biggest prize awaits players in the Free Spins mode, where their total winnings can be multiplied by up to x60—with a real saddlebag of gold awaits them.

As the newest addition to Evoplay Entertainment’s award-winning suite of over 100 slots, table and instant games,Wild Bullets joins a high-tech catalog customized for the new generation of players.

“With an inviting cast of characters, sensational symbols and mega multipliers fit for a Sherriff, Wild Bullets is the latest in a long line of gripping Evoplay Entertainment game releases designed for an emerging demographic of tech-savvy gamblers,” Ivan Kravchuk, CEO at Evoplay Entertainment, said.

“Having added a thrilling range of games to an innovation-packed offering that is enjoyed by an ever-growing army of fans, it’s been a hugely successful year for our company—and we look forward to delighting our playrs with plenty of action-packed launches throughout the year ahead,” he added.