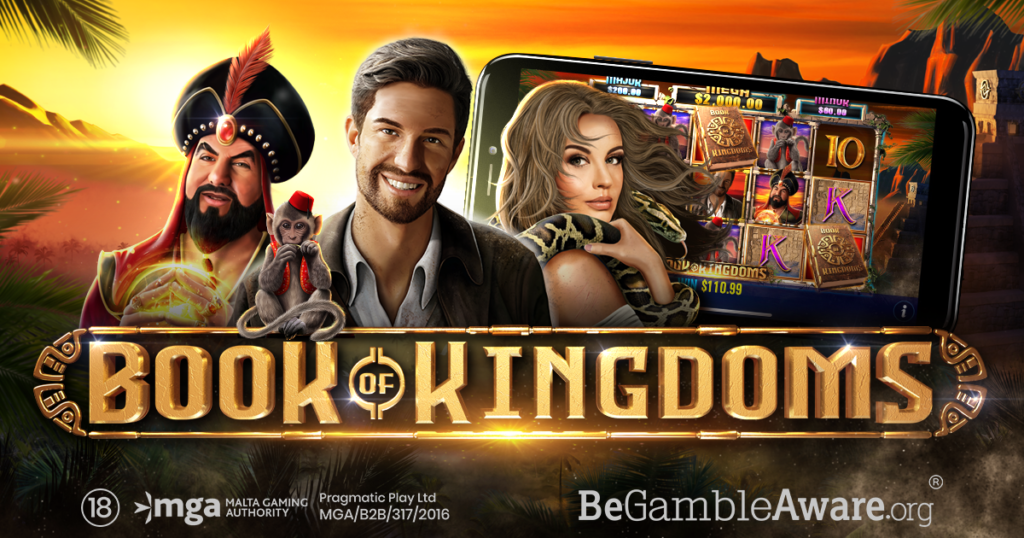 Leading iGaming content provider Pragmatic Play invites players on yet another thrilling adventure with its latest release, Book of Kingdoms.

Book of Kingdoms, another edition in partnership with Reel Kingdom, whisks players away to a mysterious desert city in search of the mystical Book, which acts as a scatter symbol on the reels.

Book of Kingdom also boasts of a ‘hold and win’ element, which is triggered when five or more coins land on the reels. Players then get three more spins to find more coins, and the counts reset for every coin found.

Book of Kingdom joins the ‘Return of the Dead’ among the content provider’s ever-expanding Reel Kingdom offering, with Pragmatic Play continuing to release new slot products at an impressive pace.

“Book of Kingdoms is another high-energy addition to our slot portfolio, built in a collaboration with Reel Kingdom which continues to deliver thrilling games for player of all tastes,” Lena Yasir, Pragmatic Play Vice President, said.

“We’ve put creative content at the forefront of our plans, and it is great to see our multi-product approach gain plaudits and fans all over the globe. We look forward to Book of Kingdoms being another great addition to our offering,” he added.