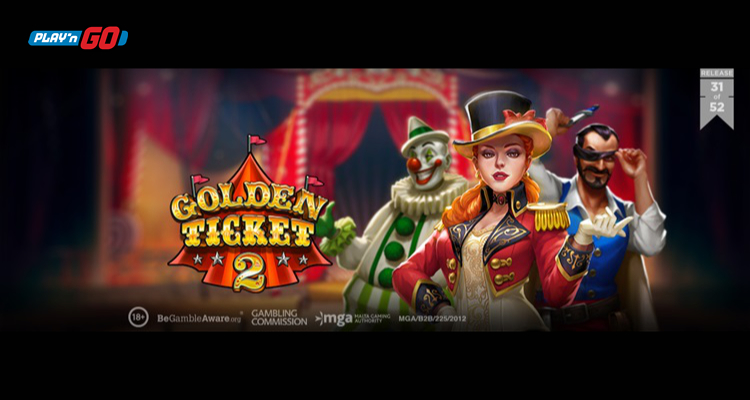 Major slot game supplier Play’n GO is fast becoming one of the industry’s leading brands. The company will be releasing 52 titles by the end of the year, provided things go according to plans. The supplier’s efforts have contributed to the release of a new game offer, Golden Ticket 2.

Golden Ticket 2 is the sequel to the popular 2014 title Golden Ticket. The game’s brand-new version promises to give players outstanding gameplay experience with its improved graphics and state-of-the-art features.

Golden Ticket 2 takes some of the elements from the original game, such as the drop multiplier, win format and shape of the table. Players can also take the opportunity of casino spins and wilds with the first-plan Play’n GO Win Spin.

The original version of the Golden Ticket has garnered a lot of success across Asia and Europe. Nevertheless, players worldwide love the game, which is why the developer just had to release a new edition.

“We have so many games beloved by partners across the world, and Golden Ticket is one of those. We wanted to bring the fun and excitement that make it such a special title to whole new audiences while also giving its original fans a new experience of their favorite game, by adding new elements for them to enjoy.”