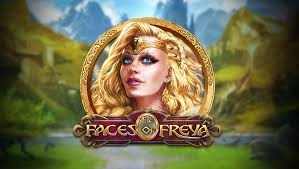 Leading iGaming operator Play’n GO continue to expand their slots portfolio with their last release for the month of February, the Norse-themed slot ‘The Faces of Freya’.

This 5×3, 20-payline slot focuses on a Norse Goddess that’s not usually shown or represented in games or other media. Her inclusion in this game speaks of Play’n GO’s commitment to developing new stories and exploring different ideas in their slots.

Although Norse-themed slots are quite popular, most of them are based around more popular characters such as Odin, Thor, and Loki. The operator itself has experienced great success featuring these idols with games like Viking Runecraft.

Play’n GO is great at taking popular themes and ideas and expanding the scope beyond what is usually offered in the market, giving players fresh, alternative games. Games such as Rabbit Hole Riches, Ring of Odin, and Lord Merlin & The Lady of the Lake have all provided players a fresh take on familiar themes.

The Faces of Freya focuses on love, war and sorcery. Each of these forces gives players a different a different power during the Free Spins mode. It could be symbol upgrades, multipliers or Wilds, and it can also be triggered during the base game. This focuses on the Scatter feature, Freya’s amulet, which reveals which ‘face of Freya’ and which feature players will get. The variety of three separate free spins feature makes the game even more exciting and letting players get more out of the game.

“Variety is imperative in this industry because players need to be stimulated. There are so many options available to them nowadayds, but many fall back on the same tropes and ideas,” Martin Zettergren, Play’n GO CPO, said.

“Variety in our themes and narratives, like basing this game on a lesser-known character, and variety in our features give players something different to look forward to in a medium that they love,” he added.