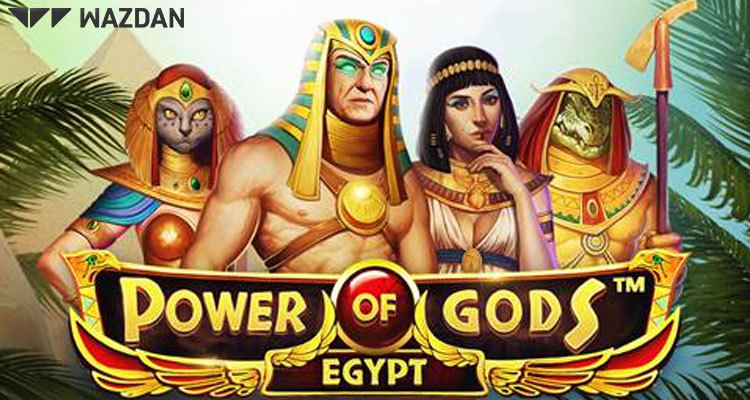 Just a few days after online games provider Wazdan released its TV-inspired Telly Reels, they once again unveiled another addition to its popular hit Power of God series, Power of Gods: Egypt.

Power of Gods: Egypt is a 5-reel, 243 payline slot that features custom volatility. The game transports players to the banks of the Nile River—the longest river in Africa—where the reels are ruled by deities from Ancient Egypt including the sun god Ra, the crocodile god Sobek, the god of the underworld Osiris, the goddess of healing and magic Isis, and Bastet, the cat-headed goddess.

With a 96.19% RTP, Power of Gods: Egypt comes with features such as Scatter,Wild, Ra Spins, Sobek Extra Spins, Isis Extra Spins, Bastet Free Spins, Gamble as well as the popular Buy Feature. The four possible extra spin modes of the game are certain to have players waiting anxiously for scatter symbols to land.

Players collect seven scarab symbols from the reels during the game to trigger the Ra Extra Spins. They do not have to collect all the scarab symbols in the same spin, but they must be scooped in consecutive spins or else the count will be reset to zero. Those who are lucky enough to find all 7 are brought over to the realm of the sun god where, together with a 7 times multiplier, expanding wilds await, which can lead to “fearsome wins.”

Sobek Extra Spins, on the other hand, are triggered by landing 3 scatters. During the feature, players are given a random win multiplier of up to 7 times, while 4 scatters bring players to the temple of Isis where expanding wilds can land on the reels as Isis blesses players with her riches, including a 3x multiplier.

Players who are able to land 5 scatters will be whisked away to the temple of Bastet, the cat-faced goddess whose power transforms into “multi-level wins and an infinite multiplier.”

“Our thrilling Power of Gods series is back and this time it is more feature-filled than ever. With four separate bonus modes as well as a final gamble option to double a player’s winnings, it is sure to immerse all users,” Andrzej Hyla, Head of sales for Wazdan, said.

“Our content portfolio continues to grow, bringing innovative mechanics and feature additios, and we can’t wait to see how Power of Gods: Egypt is received by fans across the globe,” he added.