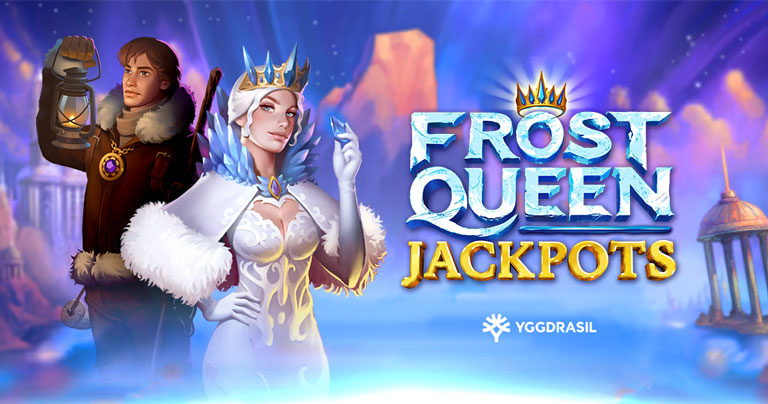 Players are whisked away into the frozen palace of the Frost Queen in search of hidden treasures spread out all over the castle.

Players are given the task of collecting matching keys. If they collect all five keys with the same colo set, they are awarded 10 free spins and a chance to win five different progressive jackpots. Each jackpot is color-coded, and players have a chance to win more than one jackpot in the free spins mode.

The game retains the same concept seen in a number of Yggdrasil’s local jackpot titles with five of a kind collectibles proven to be popular with players around the globe.

When players land three Magic Mirror symbols in the base game, they’re whisked away to the Treasure Chest Bonus Game or Jackpot Free Spins.

The Treasure Chest Bonus mode is an interactive mode where players choose one of three chests that are in the throne room. If a player makes a successful choice, he can collect a prize, either a key for their collection or move forward to the next level. Players can keep playing in this mode infinitely until a wrong choice triggers an avalanche removing them from the throne room.

Frost Queen Jackpots also award players in their quest, with two Mirror Scatters activating the Pick and Click game, where players can choose one out of five chests, which may contain either free spins, keys, or bonus games.

“Frost Queen Jackpots transports players to an icy castle in the bitter midwinter with the chance to escape with massive jackpots. Despite the cold theme, the audiovisual presentation gives a fuzzy warm feeling for the cold winter days,” Jonas Strandman, Yggdrasil Senior Games Strategist, said.

“Yggdrasil’s multi-feature jackpot games have been player favorites for half a decade and Frost Queen Jackpots follows in line with simple rules, big variety of features and frequent jackpot chances,” he added.