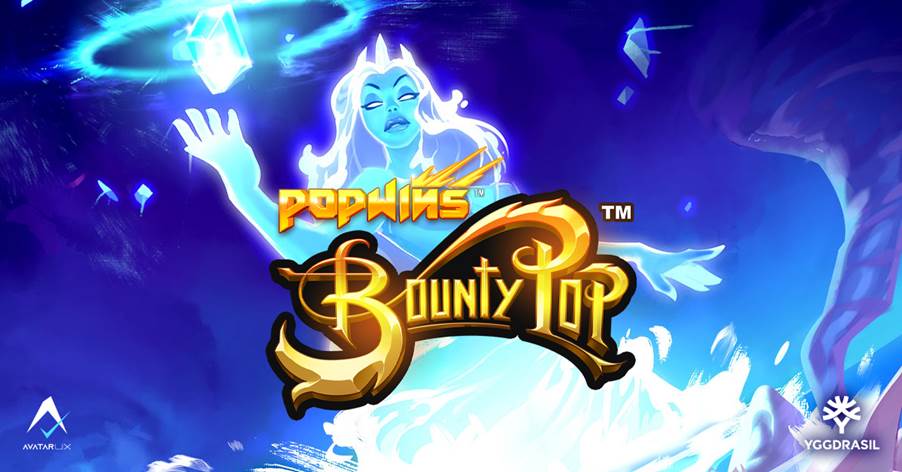 Yggdrasil and YGS Masters-partner AvatarUX has just released a thrilling new slot offer on the market—Bounty Pop! This new slot game features Yggdrasil’s PopWins system, a mechanism that is already making waves with its inclusion in the Wild Pop and CherryPop games.

Bounty Pop is a new pirate adventure-themed slot game that features an incredible max jackpot payout of 55,000x the basegame bet. There’s no doubt that Bounty Pop will become a top favorite among slot players that are after more than just an engaging theme.

The 5×3 slot comes with a starting setup of 486 paylines but can eventually be expanded all the way to an impressive 59,049 ways to win when completely expanded.

The game provides a lot of potential value with its combination of multipliers of up to 100x the bet, a Free Spins feature, a Mystery Wheel round, and an Expanding Reels mechanic. Since the game is part of Yggdrasil’s PopWins series, the popping and expansion of the winning symbols adds even more potential for huge wins!

When players land 3,4, or 5 Scatter symbols simultaneously on the reels, it will trigger between 6 and 12 free games. As soon as the Free Spins feature is activated, it’s basically a one-way ticket issued for a massively expanded game area and powerful wins.

The two-tiered Bonus Wheel appears once all 6 reels have been expanded all the way up to 6 rows. This has a capacity of awarding players with wins of up to 10x the basegame wager. The best part? Once the reels are expanded, they don’t reset and can expand eve more to a capacity of up to 9 rows high during the Free Spins bonus mode.